It’s not a surprise that Berlin is a city filled with creatives. Living costs are reasonably low compared to other capitals and this gives them the freedom to focus on their freelance work. This city filled with creative people has a lot of stories to tell and Jessica wants to share these stories with us on her online magazine ‚Best Wishes Magazine‘ – creatives write down their own story and will be photographed at their favorite places in the city. While everything started with ‚Best wishes from Berlin‘, when I first came across her concept, I was very enthusiastic about it. That’s why I decided to contact her and tell her own story. I met up with this 25 year old literature major with a passion for writing and we had coffee at The Barn where we connected immediately over the love for Berlin and surrounding ourselves with creative people.

“The inspiration to create this online magazine came from surrounding myself with creativity, through my moving to Berlin.”

After moving to Berlin, when springtime was around the corner, she experienced the same inspiring atmosphere everybody had told her about before. She then wanted to know why so many creatives decided to move to Berlin, what they love about this city and how it is to work as a creative. Where they find their inspiration and how they survive. One thing led to another and soon she started collecting their self-written stories. This is how ‚Best Wishes from Berlin‘ was born. For her, it is very inspiring to have coffee with these creative people at their favorite places in the city because this way she could discover the city herself, through the eyes of others.

Founded about only a year ago, she is already working on bringing the concept to other cities as well. At the moment, there are 4 city chapters: Berlin, Oslo, Amsterdam and London. But there are more and more applications coming in from other cities as well, from Minneapolis to Melbourne! The enthusiasm she receives from all the other contributing editors so far makes it possible for her to manage and organize everything and she says, she couldn’t do all this without them. That is what she loves so much about the internet, it is a great way to connect with likeminded people one wouldn’t have met any other way. The whole concept started as something very small, but it is growing very quickly yet organically. Jessica says she hadn’t planned anything that way and that it’s very exciting for her to see how everything evolves once you put your heart into something you really care about and your trust into others to come on board.

Before Jessica moved to Berlin by the end of 2012, she used to live in Washington DC for a while as an intern at the German newspaper ‚Der Spiegel‘. In Berlin, one of her own favorite places is Tempelhofer Feld, a former airport which is a great scenery for morning runs. When asked about her attitude towards the concept of ‚Why not Monday’, she believes that you should look forward to every single day and not just the weekend. That’s why she also doesn’t really have bad Mondays, since she also likes to start every morning sitting down with a cup of coffee. Instead, for her, Mondays are both the start of a new week and a new beginning. She always makes sure to take time to relax and especially on a Sunday, she likes to do whatever the day brings, so she can start her week fresh and full of energy. Every day, it is the small things that she likes to look forward to, like a coffee break with friends or cooking together with her boyfriend. And even if it’s a stressful time, there is always something good in every day, the fresh flowers on the desk or the way the sun shines through the window when you’re doing the dishes.

On ‚Best Wishes Magazine‘ you can find their Manifesto which includes the following: “Sharing enthusiasm about the world we live in, the people and places we surround ourselves with. Sparking ideas to enrich our daily lives in a creative way. Supporting local talents which makes up a city’s creative spirit.” I absolutely love this positive vibe, it is also a perfect reflection of Jessica’s personality. She is an open and friendly person, who I had a connection with in no time. So if you want to become an ambassador for her magazine in your city and you think your city is filled with creative people to portray at their favorite places, send her a mail and apply. Be part of her story! 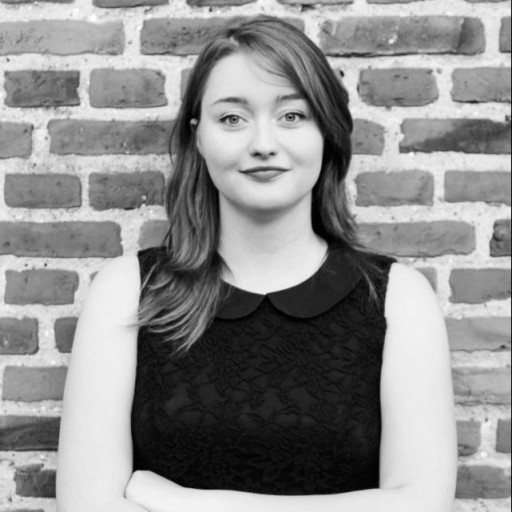 The Q on Harris